So what does an RDM do when nobody can row, and we can’t teach people new to the sport how to row? asks Rowing Development Manager John Austin-Davies. 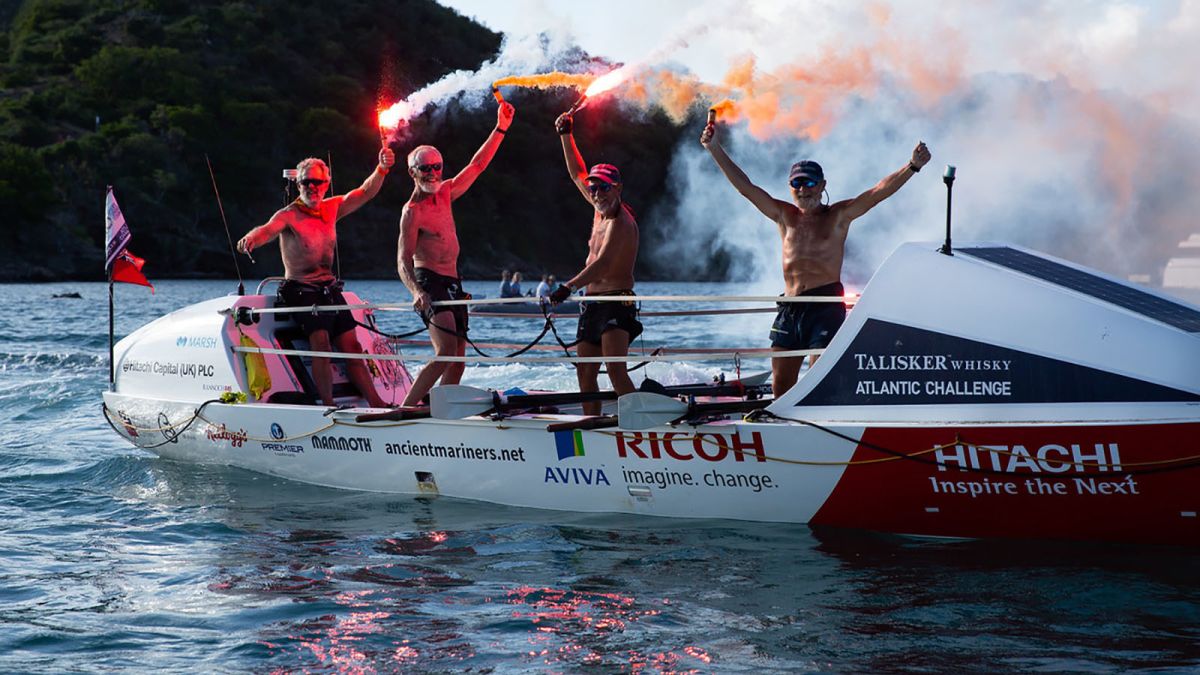 Firstly, we needed to find a way to encourage people to stay in training, and if that also means that we engage people with a club activity during lock-down, that’s a good thing to do.

So that was the idea behind The Atlantic Row. I do not recall if I started reading the Ben Fogle and James Cracknell book about their Atlantic row before we set off, or picked it up en-route. Whatever, this was a source of inspiration, and gave me an insight of the dangers that we might meet mid-Atlantic.

The quick report says we set-off on the 21st March, and arrived on the 30th April, and had a Zoom celebration on the following Friday. But that doesn’t tell half of the tale of the voyage of evading sea-monsters, sharks and pirates. I really did see our crew develop as people got into it; pushing for progress updates and inspiring some who started off with a regular 5k piece to increase to a regular 10k and then 15k.

Whats App messages buzzed around. I was encouraged by Richard Dunhill into making a plan for my daily erg, and to STICK TO THE PLAN. I devised every possible interval, steady state, pyramid, low rate, high rate variation to keep things as fresh as possible. A bit of inter-crew “who has gone furthest on the league table?” rivalry came into play, but I was adamant this was a team activity.

When we got to The Canaries (we went the difficult way, west to east) there was a thirst, naturally, and another thirst to get the crew to head north and Back 2 BARC. We did this voyage in 29 days, and from Lisbon in parallel with our overland cycling and running crew.

It really did happen without any fiddling whatsoever, that the boat and overland crews got within 1km of our club on the same afternoon. I was about to go out and erg and finish the job off, when a text from Carlo pinged in reporting his day’s cycling and erg, which brought both teams home together.

The cessation of rowing didn’t stop activities such as Coaching Seminars, and with Meri Middleton from Sheffield taking up the reins as Regional Coaching Coordinator, things have been quite active. Along with several other BARC members, I have enjoyed and learnt a lot in the seminars she arranged.

Although there are no events to umpire, the regional umpires have got together (virtually) for the annual seminar, to discuss arrangements at events, to understand rule changes, and discuss the best way to get new umpires trained and qualified. Many clubs have umpire training underway, if you feel it’s something that you might be interested in, have a word with Celia, Ron or myself.